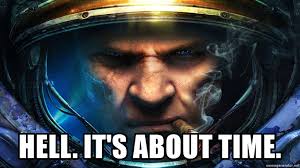 I know I’ve been quiet on here for awhile, been busy with a lot of stuff. So, I guess I’ll give some updates.

I’m currently working towards writing enough Charlie the Cupid short stories to compile them into an anthology, Quarter One. As you all have seen, I’ve currently released three of them, I have another completed that needs to be sent off to my editor. Currently working on one that might push a few buttons with people, but hell… it’s Charlie, if he wasn’t pushing buttons he wouldn’t be Charlie. I’m hoping to have all of them completed and ready for release hopefully sometime in October.

Despite, having a quite a lapse in releases, I do have some releases that will be coming over the course of the next six months. One’s that are not related to my current series. As far as I know now, I have work being included within three different anthologies.

Two of the three are an ongoing anthology series that I managed to get involved in through one of my good friends Peter J. Martin, the writer of the amazingly fun, Brennan and Riz series. His publisher 6e (Sixth Element), releases a quarterly anthology of short stories called Harvey Duckman Presents. As far as I know, I will have two different shorts included within two of their releases. I have no idea what dates they will come out, but I do know that I will have a story within their X-mas edition and Volume 4. Both are a kind of ongoing theme/story that I am specifically writing for the anthology. They are both SciFi thrillers, and I had a lot of fun doing them, since they are outside my normal comfort zone. I’ll keep everyone posted on when I know more about the release dates.

The next is one that I am really excited about. As some know, I’m pretty involved on Twitter’s #WritingCommunity. Within the community there is a very popular daily prompt “game” that is played by hundreds of writers called #VSS365 (Very Short Story). Basically, we are given a daily word that we need to work into a single tweet, while creating some sort of story. A lot of the times people adapt the word into their own characters and scenes within their own created worlds. Well, do to the popularity, the creator Mark A. King decided that something special was in order. Which ended up being putting together an anthology of 365 VSS’s. This anthology is going to included hundreds of other authors within the community, and I’m proud to say that I will be one of them. But, Mark took it a step further. Instead of making any profit from this anthology, ALL PROCEEDS that are made after it’s release will be donated directly to the Big Red Bus foundation. Which is a literary bus that distributes books to kids. It’s a big honor for me and I’m really excited about it.

My work continues on with my fantastic narrator Sean Duregger, as also in October we are looking to have How Not to be a Scribe released on Audiobook. I have had a lot of feedback from listeners and it seems that I will get a lot of returning listeners. I’m really excited to see how Sean does with the second installment of Trials of Amaford.

As a reminder, I will be attending Granite State Con on September 14th and 15th in Manchester Nh. So, if you have the time and want to show some support for me, make your way over and say Hi! Maybe buy a book or some merchandise at my booth!

And as always, you can find physical copies of my books locally at: